Today is 9/11, the 14th anniversary of the terrible terrorist attack in New York. 3000 people lost their lives and we remember them with honor.

This next week also holds significant dates. Could it be a perfect storm of economy, astronomy, and Biblical prophecy?

Ten days pass from Rosh Hashanah to Yom Kippur, Sept. 23, the Day of Atonement. These days are High Holy Days, called the Days of Awe and the Days of Teshuvah (turning or repentance). It is said that on Rosh Hashanah, God’s assessment of a person or a nation is set. The ten days that follow provide the opportunity to change that by what you do. You can ask forgiveness of God and others, getting things right, and forgive those that have wronged you. It is also a time to pray for the nations.

On September 27/28 we will see the last blood moon of the current tetrad. Blood Moons are lunar eclipses that occur on Israeli feast days. In the last 600 years there have been four of these tetrads (grouping of four), with three sets occurring in the last 70 years. There will not be another for hundreds of years.

Lunar eclipses occur fairly often, but the ones that occur consecutively on Feast Days, hold great significance for Israel. Each tetrad of blood moons signaled great trouble followed by great triumph for the Jewish people. 1493-94, right after the Spanish Inquisition, Jews were murdered and kicked out of Spain, but made their way to a new world via Christopher Columbus. 1949-50 was immediately after the Holocaust and the Jews gaining Israel. 1967-68 was the time when all the surrounding Arab countries went after Israel and Israel triumphed and received Jerusalem back. We are now in the 2014-15 tetrad, and there has been no lack of evil pressure on Israel. I’ve written a novel about all of this entitled Blood Moon Redemption that incorporates the history of the blood moons and current events into a political thriller.  It is not published yet, although publishers and agents are looking at it.

The blood moon this month will also be a Super Moon, when the moon is in perigee – closest to Earth in its orbit. (http://www.desmoinesregister.com/story/life/2015/09/10/rare-supermoon-light-up-night-sky/72001486/). Super Moons occur about every 18 years. That day begins Sukkot, the Feast of Tabernacles which continues for seven days. 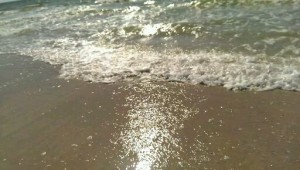 Overlaying these events is the end of the Shemitah year on Sept. 13. Shemitah means release. Just as the Sabbath was designed to be a day of rest, so Shemitah is to be a year of rest every seven years. The ground was to lay fallow and what grew of its own accord was for the poor. Debts owed were to be forgiven. In the years that Israel followed this pattern, abundant crops grew before and after the shemitah year. However, when this was not followed, the month of Tishri became a time of financial upheaval. You can read more about this at http://www.hopeoftheworld.org/.

It seems our economic cycle follows this same seven year pattern.  If you study stock market crashes, you’ll see most of them occur every seven years, and this autumn is that time. Perhaps we would do well to heed the ten days of repentance and prayer, asking forgiveness of God and others, getting things right in our lives, and forgiving those that have wronged us. Let’s ask God’s mercy, wisdom, and protection for our nation, and pray as well for the nations of this world.

It seems the perfect storm of economy, astronomy, and Biblical prophecy may be here. Let’s remember that 1 Peter 5:6,7 says, “Humble yourselves under the mighty hand of God, that He may exalt you in due time, casting all your care upon Him, for He cares for you.” John 10:10 says, “The thief does not come except to steal, and to kill, and to destroy. I (Jesus) have come that they may have life, and that they may have it more abundantly.” And Jeremiah 29:13 says, “And you will seek Me and find Me when you search for Me with all your heart.” In these perilous times we need to actively trust Him.